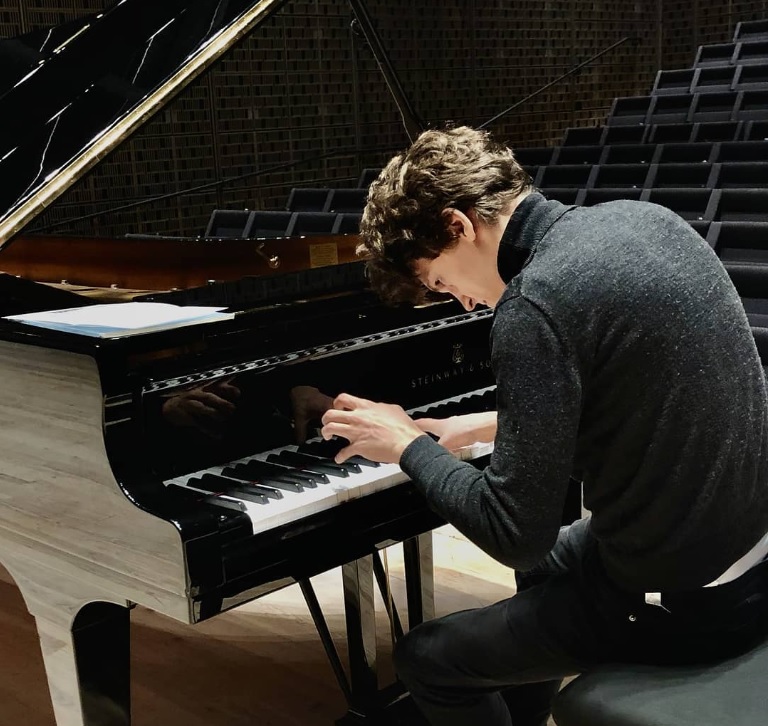 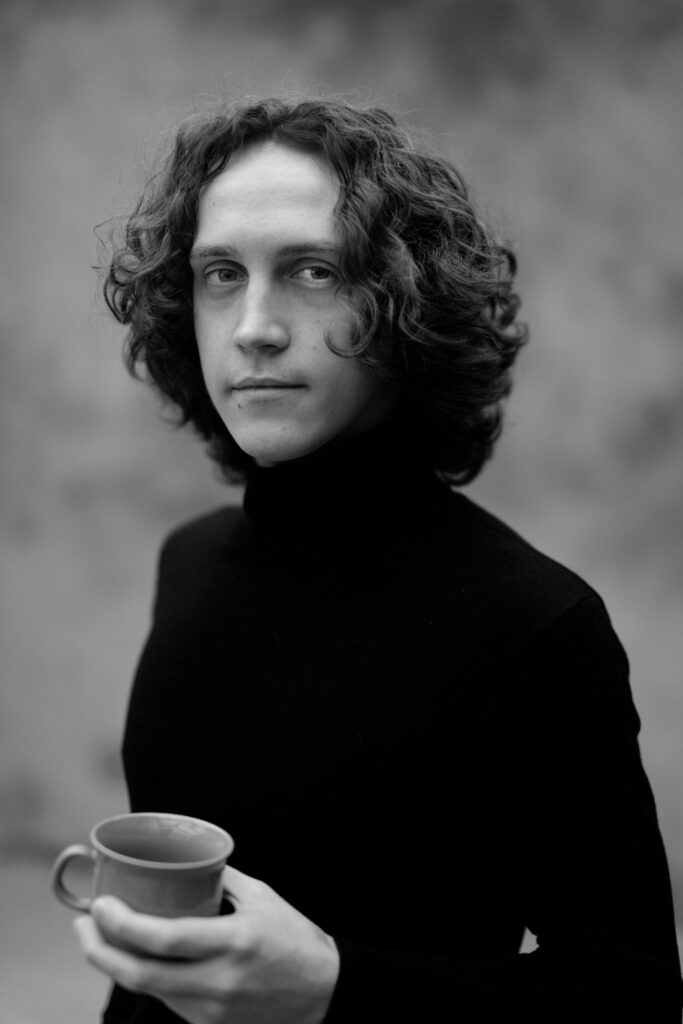 Kosta Jakic is a Belgian and Yougoslavian concert pianist. Since 2014, Kosta has been playing solo and chamber music recitals throughout Europe, in Belgium, France, Germany, Serbia and Finland. Having been present on the Serbian music stage since 2015, 2019 marked his debut in Kolaračeva zadužbina Music Centre with a solo recital featuring the works by Schumann and Liszt. 2020 sees his concert debut in Helsinki as well as his orchestral debut, in the prestigious main venue of the Sibelius Academy. Kosta has been invited to play recitals at several festivals, among which are the Petit Festival de Musique en Tregor, the Antwerp Rachmaninov Marathon and the Antwerp chamber music festival.
Questioning the place of classical music in society, as well as trying to reach new audiences has led Kosta to share a recital with pianist Stephan Ginsburgh during the presentation of Jacques Rancière’s Book, Modern Times, in La Bellonne, in Brussels (Choreography For One Book, 2017). Furthermore, Kosta has been in contact and has released a series of interviews with composer Frederic Rzewski in his Graduation Thesis, about his life, work as well as a conversation over different aspects of music and its place in our society today. Since 2021, Kosta has been playing recital programs with the music of Frederic Rzewski and has dedicated himself to be an advocate of the Speaking Pianist genre and Rzewski’s music in general.
In the summer of 2017, together with Mixer House, Kosta organised a benefit recital with pianist Catho Veltjen, for the refugees in Serbia. The concert was attended by over 200 refugees from Afghanistan, Pakistan, Irak, Iran and Syria. The evening was followed by a conversation, where Kosta, Catho, Ivana Momčilović, dramaturge and coordinator of PhD In One Night, platform for aesthetic education for all and musicologist Maria Maglov exchanged thoughts with the public, among which were many people listening to their very first ‘classical’ music concert.
After spending one year in Finland (2019-2020), the pedagogical capital of Europe Kosta became increasingly interested in performance coaching – a set of topics designed to learn musicians in stage fright, mental practice, goal setting, practice hygiene, and much more – and remains in close contact with Sibelius Academy Faculty members. Together with the team of the Royal Conservatory in Antwerp, Kosta successfully invited Päivi Arjas (performance coach) for a five days workshop, given to both students and teachers of the faculty, as an attempt to increase awareness and open dialogue on the relationship between teachers and students.
Kosta started playing the piano at 4 with teacher Jeanne De Guthener. Soon after that, he was accepted to study with prof. Sergey Leschenko. In 2013, Kosta was accepted as a “young talent” in the class of Polina Leschenko at the Royal Conservatory of Antwerp, starting his upper musical education while still having one year in a scientific high school to complete. Kosta is now based in Antwerp, where he studies at the Royal Conservatory of Antwerp in the class of Polina Leschenko.  Kosta has been thought by many renewed artists, among which are Till Fellner, Gyorg Boganyi, Macej Pikulski, Eliane Rodriguez, Eric Tawastjsterna, Stephane Ginsburgh, Anna Jochum, Bruce Brubacker, Piet Kujiken, Sergey Edelmann, Sergio Tiempo, and other.
Since September 2021, Kosta has started a bachelor’s degree as a medical student at the medical faculty of ULB in Brussels. Kosta is also the co-founder of the Belgian Doctor Symphony Orchestra, which will debut in April 2023. 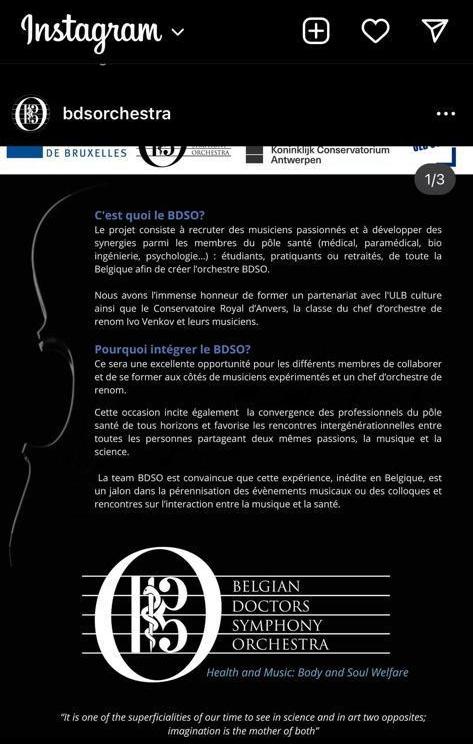 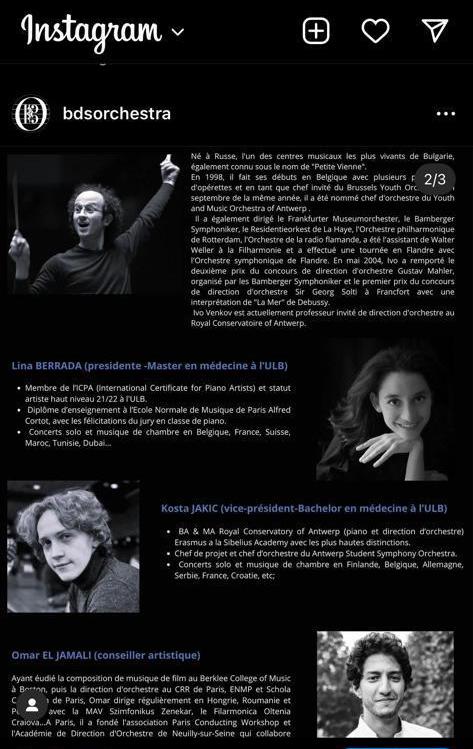 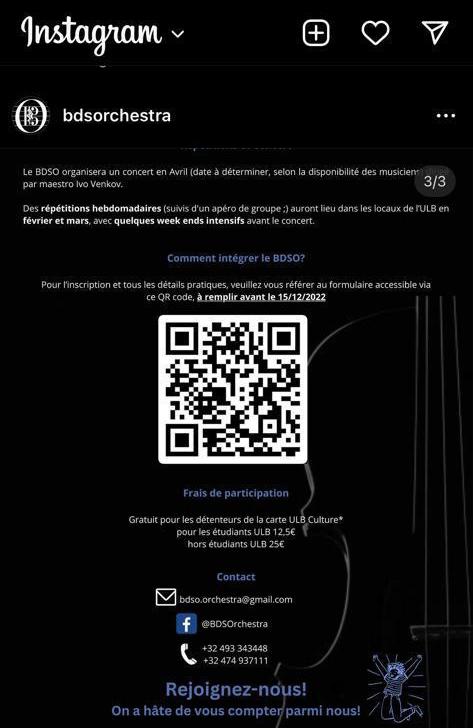