Valentina Volpe Andreazza is an Italian mezzo-soprano opera singer and activist of cultural and musical diplomacy.
She was born in Sacile and attended the Conservatory of Music in Padua, while studying international relations and diplomacy at the University of Padua. She graduated in March 2013 with a < strong> thesis on the works of Giuseppe Verdi. In June 2014, she graduated from the Accademia Teatro alla Scala, where she studied the management of musical and cultural projects. She was a finalist in the International Competition of La Scuola dell’Opera di Bologna. She has sung in various operas:
Read more... 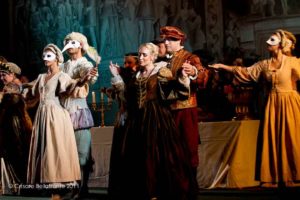 She sang at the last Grand Bal d’Italie which took place at the Cercle Royal Gaulois Artistique Littéraire on October 14, 2017. After that, she continued to travel and perform in Valence , at the Museo de Bellas Artes de Valencia, with a recital dedicated to the tunes of Italian opera. In February 2018, Valentina sang and staged a concert, commissioned by the European Parliament, devoted to early music in the medieval age , in Aquileia, region of Friuli-Venezia Giulia, as part of European Year of Cultural Heritage 2018, in the presence of the European Commissioner for Education, Culture, Youth and Sport, Tibor Navracsics. In May, Valentina also sang the Italian anthem for the Italian national holiday at the Italian Embassy in Belgium.
In 2016, she received an prize for her musical work on intercultural dialogue “Europe and Asia in music” , prize from the Group of Asian Studies and “Expo in Città” Milano. In November, she performed in Japanese, presented “Fushikaden Tenka no Emotions – The Spirit of the flower – Emotions of the World”, at Teatro Alle Vigne, Lodi, in the presence of Japanese consul in Italy Shinichi Nakatsugawa. In 2017, she participated in “Estampes Sonores” directed by Ilinca Fortuna, produced by Hanger Art Center Brussels . Valentina, accompanied by Héloise de Jenlis with her harp, created a dialogue between Japanese and European music and Aki Kuroda’s paintings . In 2019, she played on the occasion of the Makoto and Kazuto Takegami art exhibition in Milan, singing Renaissance music for celebrate the genius of Leonardo da Vinci.
On the occasion of the European Year of Cultural Heritage 2018, Valentina sang in a video entitled “Euphonìa”, designed by her, to participate in the # ode2joy Challenge , launched by Europa Nostra. The video has received a lot of feedback in terms of hearing on Fb and Youtube (10,000 views) and has been broadcast at public events and official presentations in Berlin, Brussels (European Parliament), Rome, Venice and others important cities.
On February 21, 2019, Euphonìa was played for the first time since its creation on the occasion of the conference “Civil Society for the Renaissance”, organized by the European Economic and Civil Committee, in the presence of Mr. President Luca Jahier, Mr. Junker and young activist Greta Thunberg.
In November 2019, Valentina performed with Jenlis sisters at the Ilucidare Playground conference in Brussels, organized and commissioned by KEA European Affairs: on this occasion, she presented her project “Music Diplomacy” on the importance of music as an instrument for intercultural relations.
She likes to combine different styles of music and that’s why she called to participate in the 2019 Sud Wave edition with a concert “From Leonardo da Vinci to … Woodstock” where she had the honor of singing “We are going to overcome” by Joan Baez, in front of Lucio Salvini, director general Ricordi Label in 1969.
Valentina associates her life as a musician with the management of cultural projects in order to make her contribution to the world of music, to create a bridge between cultures for peace and education, always through music. 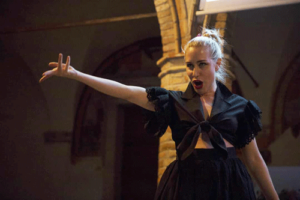 She lives between Brussels and Milan. 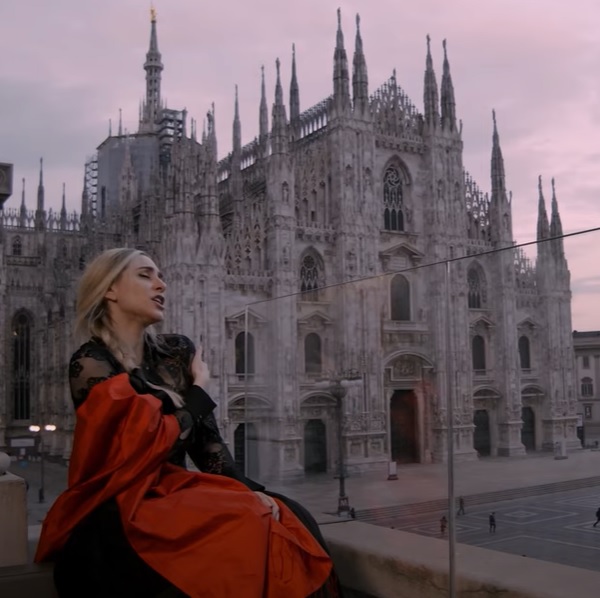 Ode to Joy italian version by the pianist Luca Morelli and the mezzosoprano Valentina Volpe Andreazza.